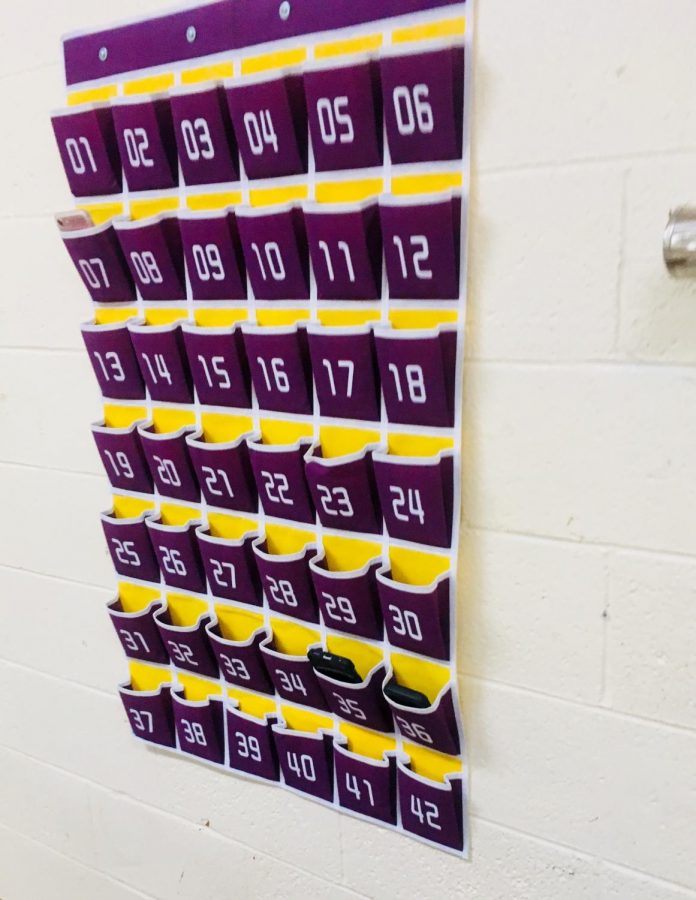 For the 2018-19 school year, Pioneer has increased restrictions on cellphone use in school, with the rulebook now mandating that “cell phones must be turned off in all instructional settings (classrooms, labs, outdoor classrooms, etc.) during the day.” Some teachers, however, have decided to take this new rule a step further by having students store their phones in a “cubby” during class time.

The entire Social Studies Department is currently using cubbies for this purpose. Under their system, each student must put his or her phone in a cubby labeled with a number that is assigned to each student. The teacher then uses the stored phones to take attendance. If students fail to store their phones, they are marked absent.

This idea has elicited mixed feelings from the students of Pioneer. Some think the cubbies are necessary to keep phones from becoming a distraction in the classroom, while others feel the system has flaws, such as the security of their phones in the cubbies, and the implication that students can’t be trusted to monitor their own phone time.

In sophomore Adam Karibian’s history class, all students must place their phones in a cubby to be marked present, with no exceptions. “I think it is a valid decision because cell phones are addictive, and the teacher deserves our undivided attention,” he said.

Junior Lisa Brinkel, though, has mixed feelings. She uses the cubbies in three of her classes: Government, English, and Economics. She understands the idea behind the cubbies and agrees that cell phone addiction is real. However, she still finds the new system “a little annoying because a couple of times this year I have been walking down the hallway away from my classroom when I realize I left my phone.”

A few students, however, are totally against the new policy. “I like knowing my phone is on me and is unlikely to be stolen,” said sophomore Owen Lutz. “Most of the time I don’t even notice when my phone buzzes, and if I do, I don’t pay much attention.”

Sophomore Zach Pryor is also against the department’s policy because he feels it shows the teacher’s lack of trust in his ability to be a good student. “When we purchase cell phones, we are entrusting ourselves to have self-control, and teachers should respect that. I will gladly give my phone to the teacher if I take it out in class,” he says.

Social studies teachers also have mixed thoughts on the new procedures. Sarah Roldan, who teaches AP U.S. History, says she loves the idea. She uses the system to its fullest extent because it “eliminates gray areas.” In regards to the potential theft dangers of the cubbies, she says she is “not worried about theft because phones have passcodes. The worst case scenario is a kid may forget their phone or someone may accidentally take it.”

Joan Bruggers, who teaches Humanities and World History, has a slightly different take. “I wish it wasn’t necessary, but students do have an easier time if they can put away their cell phone and forget about it,” she said. Bruggers believes the policy is a good thing for her classrooms but is not entirely needed. Instead, she asks her students to put their cell phones in the cubby and does not use the cubbies to take attendance. For her, it is “a classroom aid.” However, she may eventually adopt the cubby-attendance procedure. “I’m intrigued by how easily my students have adapted,” she said. “People are not complaining about the system.”