How the College Football Playoff Can Improve 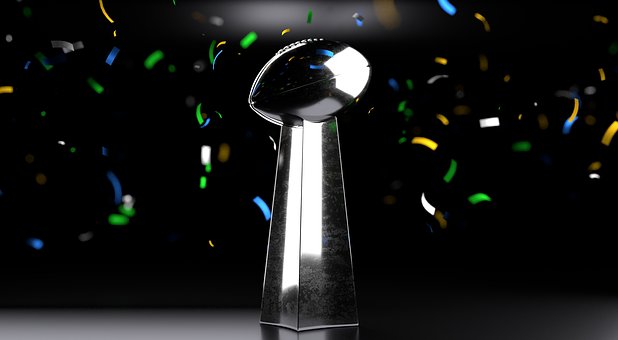 With the 2019 College Football playoff ending and the Clemson Tigers defeating the  Alabama Crimson Tide that makes it 3 out of the last 4 years that these two teams have gone head to head in the final game of the season. With such a predictable outcome many fans are suggesting changes they think should be made to the playoffs. Changes that will make the viewing experience more enjoyable for not only the casual fan but the diehard ones as well.

Since the first year of the College Football playoff in 2014, the tournament has consisted of the four best college football teams battling it out on the turf. These four teams are decided by the College Football Playoff Committee. While the tournament is undoubtedly exciting, it often feels short because of its lack of games. Two semi-finals and one final game on back to back weeks, leaves many fans feeling that the playoff are incomplete and can often be repetitive. This can be improved by changing the number of teams in the playoff from four to eight. This change would lead to more games, solving the problem of a short College Football Playoff that leaves many dissatisfied.

Also, many fans of schools that have successful seasons feel robbed because their teams are left out of the final four. For example, this year the Ohio State Buckeyes had an 11-1 regular season but were left out of the tournament in favor of the Oklahoma Sooners. A major problem with the four-team system is that every a year at least one team from the Power 5 conferences (Big 10, Big 12, Pac 12, ACC, SEC) is left out. Since the teams within these conferences almost exclusively play each other, it is hard to determine which of them should be included. This can be improved by extending the bracket to eight teams. Not only would there be less frustrated fans and debates about what teams are left out, but the inclusion of team outside of the Power 5 could also give more schools the chance for a moment in the national spotlight.

Another reason why a larger pool of teams in the College Football Playoff would be better is that the longer tournament would bring in more viewers and fans. The eight-team system leads to many more unexpected matchups, and anything could happen. Many neutral fans want to see the underdog pull off an upset, or a great game between two evenly matched teams. This is less common with a four-team bracket because the chance to see a team that may be heavily disfavored does not get the chance to play in the playoff.  Also, the longer tournament leads to more opportunity for fans to watch the games. The dedicated college football fans are able to enjoy multiple games with a wider variety of teams and the casual fans are able to miss a game or two while still catching most of the tournament.

For example, fans of a Big Ten team that would be left out of the tournament could still root on the teams in their conference instead of watching four teams that they do not have much interest in. If the bracket was extended to eight teams this year, the Michigan Wolverines and Ohio State Buckeyes could both be potential teams involved in the playoff. For fans of any other Big Ten school, they could still root on their conference in the biggest College Football event of the year instead of watching the same teams play each other year after year.

The College Football Playoff has consistently been the main talking point of college football since it began in 2014. Fans of all college teams take sides on who should be included in the playoff. Videos, blogs, and TV shows rank the teams and account for all the factors of the four best teams every day of every week of the whole season. However, the biggest College Football event of the year is still lacking for many football fans. A larger pool of teams would lead to a longer tournament, more exciting viewing experience, and it would satisfy all fans of football.