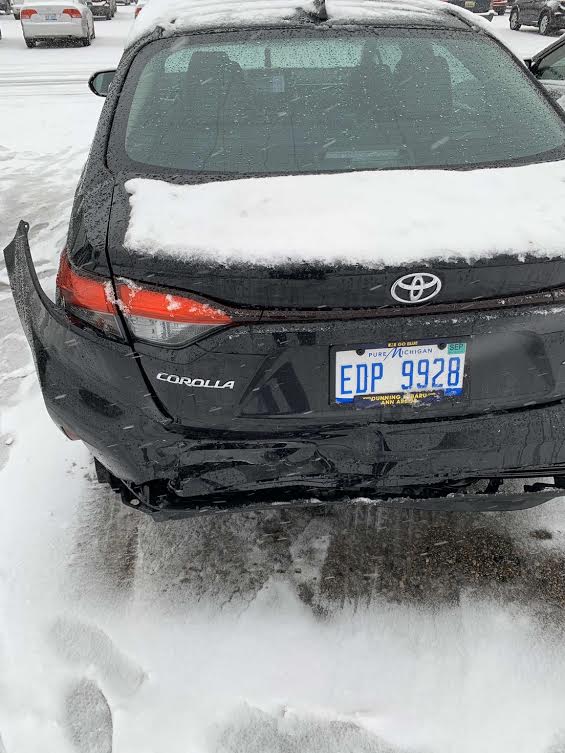 Monday, November 11 was a treacherous day of driving for many Ann Arbor Public School students. There were complaints of car accidents, and people driving into poles, and even road signs.

Throughout the day, students took to social media platforms such as Snapchat, Instagram, and Twitter to create memes of superintendent Jeanice Swift, and criticize her decision to not call a snow day. The main argument across the board was that it was not safe for students to travel to and from school, due to accumulating snow totals. According to Andrew Cluley, the Ann Arbor Public Schools’ director of communications, “On Monday there was still only a dusting of snow at 5:00 a.m..” The forecast only predicted a snow accumulation of 3-5 inches by 7-8 p.m., but in Ann Arbor, there was an accumulation of 11 inches.

Senior Lauren Batra had complaints about her ability to get to and from school, “Getting home on Monday took me about an hour when it normally takes me seven to ten minutes.”

Other students such as junior Rory Campbell described how she almost got into an accident,  “Since nothing was plowed, my car wouldn’t brake. I probably would have hit someone if I was by anybody.”

On Monday evening, around 8:00 p.m, after disastrous experiences of getting students home, and with the forecast showing more snow, Dr. Swift tweeted “Due to continuing treacherous road conditions and inclement weather overnight, all AAPS schools and offices will be closed on Tuesday, Nov 12. ALL after school and evening activities are cancelled for tomorrow, also. Be safe.”

Across the board, Ann Arbor Public Schools’ students got into accidents on Monday November 11. From stories of a car rolling over at Huron, to students getting their cars totaled in the severe weather, it’s no surprise that school was canceled on Tuesday, November 12. Pioneer junior Marcela Pasos knew there were a lot of accidents, especially because she was in one. “One person rear ended someone, who rear ended me. One of the cars was totalled, the other car had a lot of major damage, and mine was kind of fine, but I still need to get it repaired.” Pasos went on to explain that she thought there were a lot of accidents because “it was the first snow so people didn’t really know how to drive. It was also icy, so the girl who hit the guy who hit me said she was pressing on the brakes but still slid into the other guy’s car.”

Senior Riya Katial explained that traffic was horrendous on November 11, “There was construction blocking roads on back roads, so everyone was on the main roads. Ice and snow made the driving conditions, and traffic really bad.” Similar to many students, Katial was thankful for a snow day on November 12, “The snow day on Tuesday really helped the students and teachers out since it gave the ice some time to melt before we got back on the road.”

A search through AAPS emails from superintendent Swift shows the earliest snow day in recent years being December 12, 2016. Having a snow day as early as November 12 may suggest that Ann Arbor is likely to get a lot more snow this winter. In a phone call, Cluley mentioned that “The call for Tuesday’s snow day was on the early side.” In the past, announcements for snow days have been very early in the morning, around 5:00 to 5:30 a.m., unless severe weather is forecasted to worsen, or temperatures are already predicted to be too cold.

In order to call a snow day, Cluley described how they work with different departments such as the Durham Bus Services, which provide bus rides to students in AAPS, as well as the Ann Arbor Police Department and the Washtenaw County Sheriff’s Office. “We try to get a sense of what the roads are actually like,” said Cluley.

Students may be wondering what type of weather will cause a snow day. According to the district website, snow days can result from large accumulations of snow, low temperatures, or both. In order to determine if conditions are too dangerous for driving, transportation supervisors drive a variety of roads across the district. City and county road departments are also contacted regarding the status of clearing the roads. The expectation was that the roads would not be cleared by Tuesday morning which led Dr. Swift to call a snow day. For more information on school cancellation in the winter, students and parents can call the school closing hotline, (734) 994 8684.