Pioneer Football Feels Brunt of No Fans during Covid Season 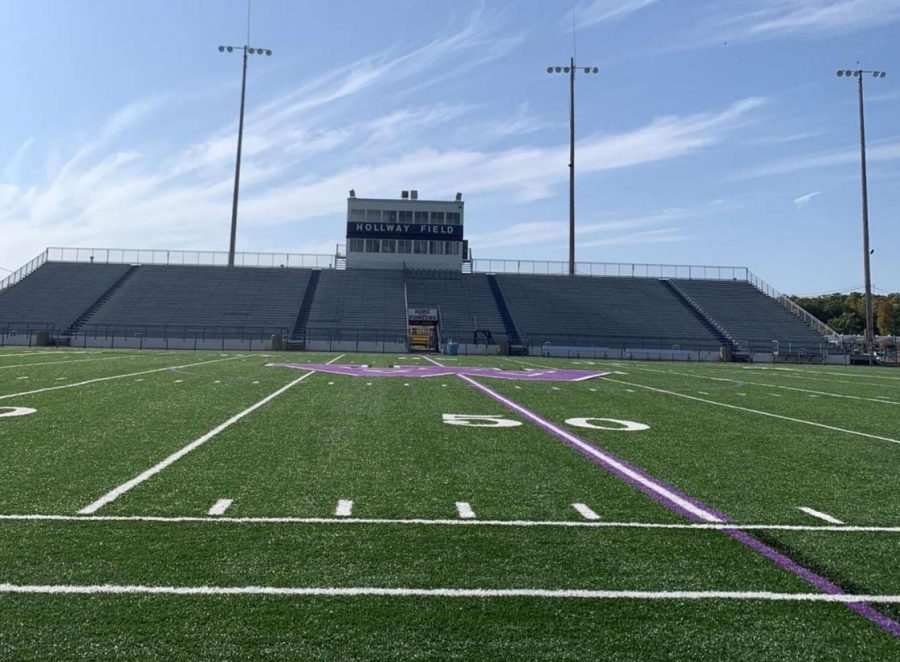 Sports teams, including the football team must empty bleachers during their games.

Breaking through the line with eyes fixated on the opposing quarterback, Senior Luke Rogers leapt forward as both bodies slammed to the ground, making the tackle. Looking up expectantly toward the student section, the empty bleachers and silence sunk in. Pioneer Athletics has mandated that all games be played in empty stadiums until further notice amid the state’s pandemic guidelines.

For a second, Rogers had forgotten what Covid-19 had taken from his season.

“The worst part is not having your family and friends there to support you. Without the Pioneer fans, games are so much different,” Rogers said. “The thing I miss most about the normal season is the student section. The student section is a classic part of high school football games. Playing under the lights on a Friday night, in front of the students is so much fun, and we all miss having the students at our games.”

Allowing football games to proceed despite Covid-19 has been one of the most controversial decisions made during the 2020 fall season. In early September, after initially cancelling the entire season, the Ann Arbor Public Schools board decided that all AAPS schools could field football teams with the condition that no fans were to be allowed at any home game or practice.

“The decision to not allow spectators at home athletic events in the stadium, pool, and gym was a district-wide decision,” Pioneer Athletic Director Eve Claar said, as many rules and regulations were put in place so teams could practice and play safely.

These rules not only affected the players, but also the coaches who are given the responsibility and expectation to enforce them. “The new Covid rules have made practice and games a very different experience. It has added time and effort before practice by getting players checked in and making sure they have filled out their health screenings,” Pioneer’s varsity football coach William Bellers said.

Players have to wear a mask at all times during games and practices, and are instructed to socially distance whenever possible. “Throughout practice we have to continue to remind players to keep their face coverings up and to stay distanced when not in drills. So it has definitely made things different and added more to our plates as coaches,” Bellers said.

Losing the spectator part of high school that is valued by many players, fans, and coaches has further impacted these difficult times.

“I just miss the things that were taken for granted before, like being able to have team meals together before a game, or being able to use the team room at half to be able to make game adjustments, little things like that,” said Bellers. “It just makes us appreciate what we had before the pandemic.”

Players admit they feel the emotional pain from the lack of fans. They’re used to full stands cheering them on with warm smiles from their friends and families. Now, they’re just empty bleachers making it more difficult to look forward to games.

Players aren’t the only ones who miss pre-COVID athletic events. Senior students hoping to go to their final football games of high school had yet another thing taken away from their senior year as well.

“This year, I feel like on Fridays, I have nothing to look forward to,” said Senior Ruby Hsu. “My friends and I have been going to football games together since we were freshmen and it’s always been the highlight of our weekend,”

Varsity games on Fridays were a celebrated tradition for many Pioneer students, whereas this year games can only be watched online.

“I’m most upset about missing the games because I can’t support the team in person,” senior Abby Mehraban said.

Despite the current setbacks, many students are hoping for a return to regularity in next year’s season.

“I can’t wait until things are back to normal and we can start doing the things we love the most again,” said junior AJ Lewis.