Is Marvin Lewis a Savior for the Lions? 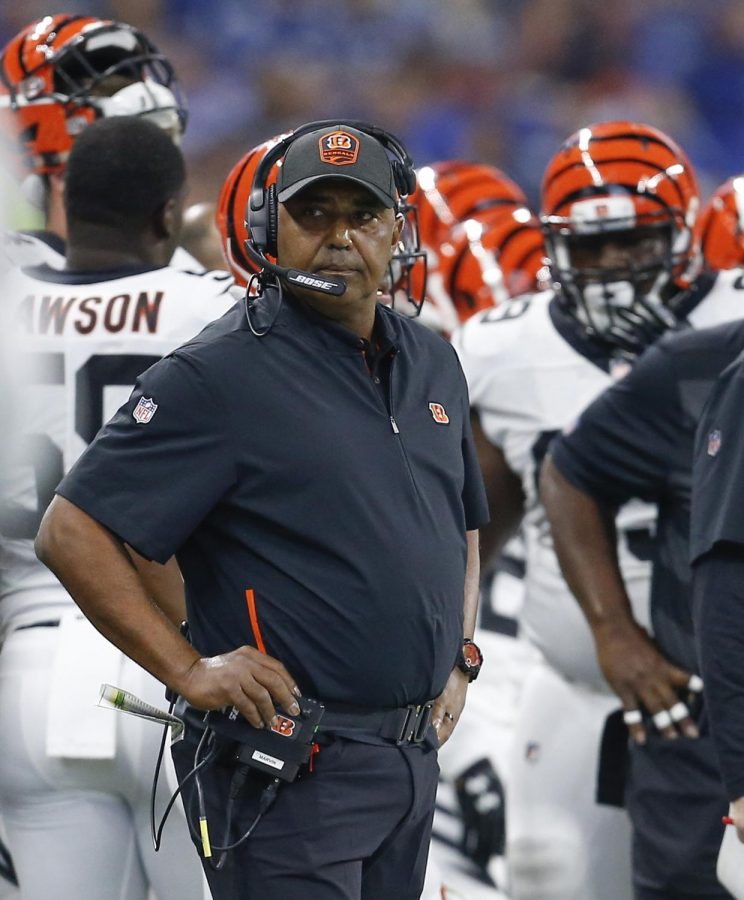 Face it Detroit fans, the Lions are a sinking ship. From the 2014-2017 seasons they appeared to be clawing their way back to the surface, compiling a record of 36-28, but the last three years they have produced back-to-back-to-back losing seasons.

Detroit’s issues go beyond the fact that they have inferior talent. Although they are only one of six teams without a 1st team All-Pro player since 2017, the toughest obstacle to their success is serious culture issues. The fans, and at times even the players themselves, don’t buy into the ownership’s vision causing the franchise to struggle.

An example of these culture issues is how the fanbase actively roots for the team to trade its most accomplished quarterback in team history so he doesn’t have to waste the rest of his career in Detroit, or worse yet become frustrated and retire young just like Barry Sanders and Calvin Johnson did. In a regular year like the 2019 season these same fans pack the stadium with signs telling the Ford family to sell the team, who has owned the Lions since 1963.

What the Lions need to turn things around is a coach who can help set the franchise straight and has proven that they can win in places where winning isn’t common. There is only one option on the table who has turned around a team at an NFL level and outperformed on paper expectations on a yearly basis and that person is former Bengals Head Coach Marvin Lewis.

Seven. That’s the number of playoff berths Marvin Lewis had while with the Bengals, which is  the same number as all nine other Bengals coaches have had combined since 1967, their inaugural season. Lewis is also the only Bengals coach to have a career winning record among those that have coached the team for at least five years. It is an understatement to say that the Bengals do not have a history of success, and yet Lewis was still able to post a record of 131 wins against 122 loses in 16 years, making him the Bengals’ all-time winningest head coach. At his peak in 2011-2015, he led the Bengals to five consecutive playoff berths including two division titles and a 52-29-1 record. For reference, in over 90 years the Lions’ winningest coach is Wayne Fontes with a losing career record of 66-67. In doing so, Fontes also wasted the career of Hall of Fame running back (and perhaps the greatest running back of all-time) Barry Sanders.

Full disclosure, the Lions will never win a Super Bowl with Marvin Lewis at the helm. Here’s the question though: Who can? Eric Bieniemy? Joe Brady? Jim Harbaugh? Dan Campbell? The reality of the situation is that none of them can. As good a coordinator or football mind they may be, none of them have proven that they can effectively lead a downtrodden franchise like Detroit. What the Lions need is a stepping stone, someone who can get back to and maybe a little past where they were under former coach Jim Caldwell before they can take the next step. That isn’t to say that the Lions were wrong to move on from Caldwell, but in botching the hire of his replacement the ownership set the franchise back multiple years.

The idea of using a stepping stone to bide time until an organization is ready to compete is not a new idea, even just over the last few years there have been many examples of stepping stones at head coach, quarterback, and more. The Browns, on their road from irrelevance and 0-16 to relevance in the last few years spanned four head coaches, first Hue Jackson who struggled, then Fredie Kitchens and Greg Williams who moved the needle forward but ultimately served as the set-up for the Kevin Stefanski hire that has pushed the team into contention. Chip Kelly was a stepping stone coach with the Philadelphia Eagles and from 2013-15 he led the team to a good but not great 26-21 record. Believing the franchise was capable of more, the team moved on to Doug Pederson in 2016, and in 2018 he delivered a Super Bowl win.

Is Lewis the young flashy hire? No, but the difference between the really good organizations and everyone else is that the really good organizations prioritize success over hype and headlines. No team wins championships when their coaching staff, players, and fans don’t believe in the people running the team. Lewis can bring the team to a place where fans and players alike can believe in the future, and that’s when you move on to a young, bright, football mind to push you over the top. Sometimes the best decision is the safe decision. The Lions have gone big before, and almost every time it’s happened they’ve gone home with their tails between their legs.