The coat who cried wolf 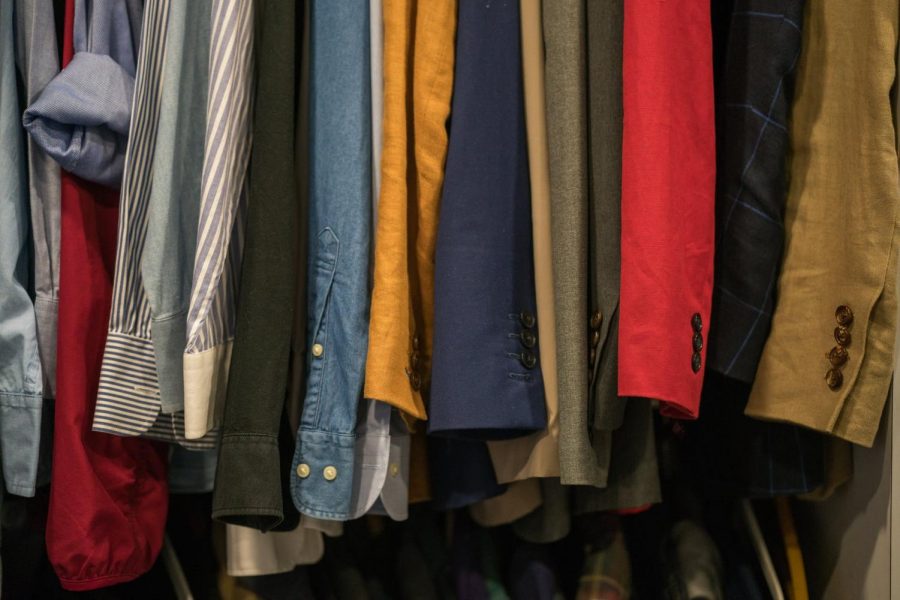 Resting my head against the car window as we drove through town, the University of Michigan campus was busy as any other day. Crossing the street with hands stuffed in their pockets, the swarm of college students raced to save themselves from the bitter cold. But amongst the bustling crowd, it was the circular patches of the Canada Goose coats that caught my eye. Canada Goose, a company that creates coats ranging in price from $800-$1,000, is recognized for the compatibility of their parkas with harsh weather.

But, in reality, these coats also represent the sickening mistreatment and murder of wild animals.

I was surprised at the number of students wearing this brand, clothed in the feathers and fur of slaughtered geese and coyotes. Of course, many of those students may be aware that animals were sacrificed for their clothing, but choose not to think about it.

Considering these products appear in store windows and are promoted by countless celebrities, it doesn’t seem so bad when the entire world is hopping on the bandwagon. Think again.

According to People for the Ethical Treatment of Animals, the wild geese used by Canada Goose are gathered by hunters and tossed into a single pen. The ones on the top of the pile are lucky: their friends at the bottom are already dead from suffocation, crushed by the weight above them. They’ll be flung out to the side to rot once the hunters realize they’re not breathing anymore. Their lives are wasted, because by the time they arrive at the slaughterhouses, they’re considered low quality.

The terror continues in the slaughterhouses where the geese are shoved into cages so small that they can barely lift their heads. One by one, they helplessly shriek as they watch their friends get beheaded and shackled upside down for the plucking of their feathers.

The coyotes are similar victims of human cruelty. Captured through bear traps that are rarely monitored, they can be trapped from days to weeks, hopelessly left to defend themselves from predators. Multiple bite marks indicate that they often try to chew themselves out of the unbearable agony.

And because those traps are rarely maintained, stray cats, dogs, and deer often end up in them as well.

Like the geese, the coyotes are taken to slaughterhouses where they’ll be thoughtlessly skinned and tossed aside.

Would it be surprising to say that Canada Goose isn’t the only brand to follow these procedures? Let’s talk about Patagonia, a brand that falsely represents itself as responsible for maintaining ethical behavior towards animals.

Instead of geese or coyote, Patagonia uses sheep—sheep that are whipped, beaten, and mutilated on a regular basis for the production of human goods.

Recently, PETA released footage of workers in Utah whipping pregnant sheep and hastily shaving their wool for Patagonia products. The careless acts leave behind bleeding scars and strip away the sheeps’ sense of security and warmth. But as long as Patagonia is willing to make a profit, they don’t see a reason to treat these animals with care.

It’s disgusting. The photos and videos are gruesome enough to make anyone want to shut the tab and forget about it. But the more we refuse to see and avert our attention elsewhere, the worse this problem will become.

I didn’t want to believe any of this evidence laid in front of me. Who would want to know that such recognized brands that claim to derive from high quality materials are in fact just pieces of torn apart animals harvested in harsh conditions?

Well, no one. No one wants to buy a leather bag while thinking that the product was once alive—that the animal was slaughtered for their own desires. So, people defend themselves from accusations and judgements as an instinct to justify their reasons.

As long as the product is good, people tend to ignore the means of which it was created.

We purposefully distance ourselves from the things that make us uncomfortable and the inconvenience of changing our ways. People are aware that animals are sacrificed for their goods, they’re just not willing to take the big step to change their lifestyle. We come up with excuses to convince ourselves that we’re not the villains.

We’re separating reality from our own pleasures.

In an era where we have an abundance of informational resources, there is absolutely no excuse for purchasing a product that was made through animal cruelty. All it takes is one quick Google search to save another animal from getting mutilated and skinned.

Brands themselves need to be responsible as well. Synthetic fur was created in 1929, nearly a century ago. A myriad of companies have adopted this method. We no longer live in a world where such clothing is rare to find. So, why use authentic fur at all? For better quality?

That’s the argument many make, but frankly, that excuse is a lie. These unethical brands are based on a desire to showcase wealth and social status.

Chanel, Louis Vuitton, Gucci, and Dior all use animals for their products. Yet, people aspire to lavish themselves in those brands, because their high price tags are notably associated with luxury and grandeur. We find a sense of security and power from being viewed as prosperous and therefore being “accepted” and “revered” by society.

But this behavior and mindset ignores the cries and shrieks of animals who are constantly getting encaged, battered, skinned, poisoned, burned, all suffering excruciating pain for the sake of humans’ selfish egos.

Support the brands who have prioritized the wellbeing of animals above the sole intention of profit when it comes to the making their goods. We don’t get to dictate ourselves as the superior life on Earth and utilize other animals and the environment in whatever ways we wish. And yes, activists and groups like PETA may often seem extreme with their initiatives, but maybe that is needed in a world where too many people ignore animal cruelty.

So, when it comes to shopping, we each have to take the moment and be conscious consumers by asking ourselves why we choose to buy these products. How was this product made? Is it cruelty-free?

Do the research, set aside the greed. And walk past the status-seeking Canada Goose jacket.