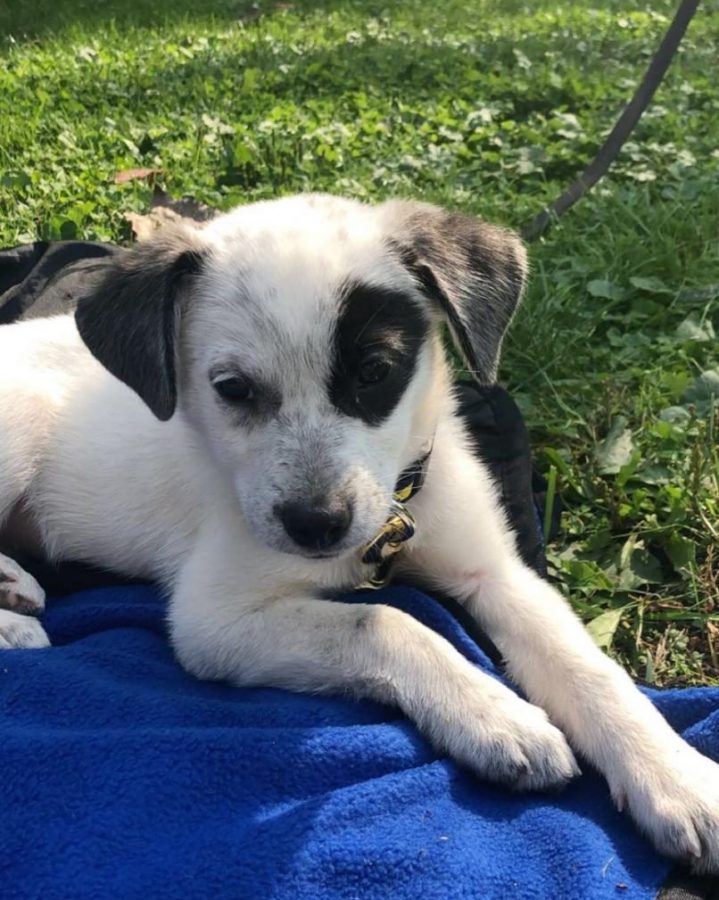 Luna was adopted from the Human Society's Love Train, a program that rescues animals from overcrowded or high-kill shelters.

During this unpredictable time in quarantine, many families have decided to add on another layer of change: a new pet.

“During quarantine, I got a dog named Izzy,” said sophomore Maiya Atzmon. “I had wanted a dog for a bit and finally during quarantine, it was a good time to get one. We thought that if we were ever going to get another pet, especially a dog, it would be the best time to do it.”

Junior Vivian Vanrenterghem was in a similar situation. “My pet’s name is Luna. We’ve wanted a puppy for a while, and with all of us home, it was the best opportunity to get one.”

This seems to be a common trend across households. Kitty Block, the president and CEO of the Humane Society of the United States, said in a statement to WIRED that rates of fostering have increased up to 90% in some cities.

This trend is being seen locally as well.

“We’ve never seen this many people interested in adoption before,” Wendy Welch, the Humane Society of Huron Valley’s director of communications, in an MLive article from July of 2020. It also stated that from March 25 to May 12 there were 530 pet adoptions, and 379 animals “have gotten foster care in a home” from March 1 to May 1. Welch also acknowledged that on the flip side, there has been an increase in the number of stray animals being brought into the shelter.

The Huron Valley Humane Society’s Love Train, from which Vanrenterghem adopted Luna, is still functioning during COVID-19. However, they have “changed the process for adopting from it,” according to their website. The Love Train is a van that transports animals, oftentimes puppies, from overcrowded or high-kill shelters to HSHV.

Pets have also played a role in quarantine internationally.

“My dog has definitely helped me in quarantine,” said Vanrenterghem. “A puppy can be pretty time consuming, so it’s nice to have something to do when I get bored. I like to take her on walks and spend time with her when I have breaks during the day and in the evening.”

“My dog took my mind off of the other things that were happening,” said Atzmon. “Also, during the time that I could not see my friends, I had my dog there to train and play with.”

“With the stay-at-home order, it’s been really nice to have a companion of sorts,” said Vanrenterghem.