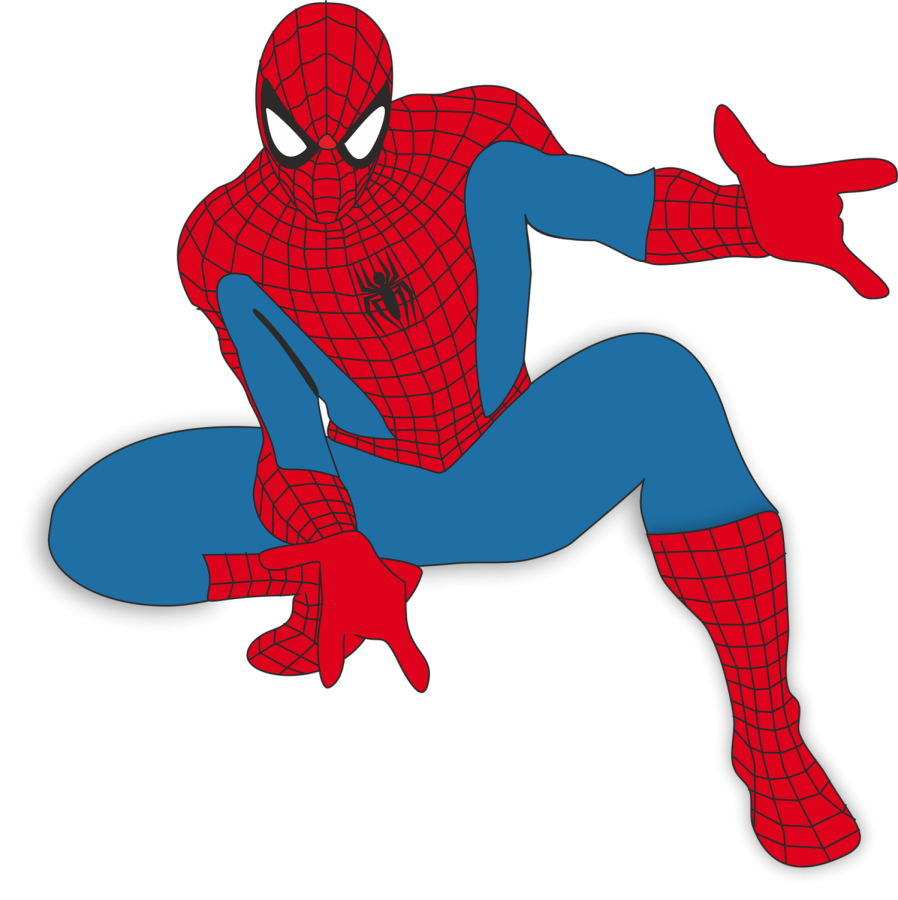 “No Way Home”? More like just…go home. The final movie in Tom’s Holland’s “Spider-Man” trilogy was recently released, making big waves in the Marvel fandom. Despite the hype, the movie failed at almost every turn. It rarely evoked any emotion, and the main conflict in the movie was predicated on a number of silly, seemingly insignificant mistakes by Holland’s Spider-man. On top of that, the blend of superhero action and layman’s comedy made for a cringe-worthy two and half hours.

The plot of Spider-Man is upheld by a series of poor choices by Peter Parker that leave viewers frustrated and wanting to point out an obvious solution. The movie starts with Parker’s identity being released to the public. This leads MIT to reject Parker and his friends. In order to rectify the situation, Parker begs Dr. Strange to perform a spell that will wipe the world’s knowledge of Parker’s superhero identity. But as Strange is performing the spell, Parker continually interrupts Strange, causing an opening for an onslaught of Spider-man’s renowned villains to come to earth. The ensuing fight against these villains is the basis for the movie’s central conflict—a conflict which only occurs because Parker wasn’t smart enough to tell Dr. Strange his caveats for the spell before Strange started casting it. Similar mistakes by Parker occur throughout the movie. For much of the story, Parker has the ability to send the villains back to their home world and to their inevitable death. Parker feels an odd moral obligation to save these four villains and chooses not to send them back, which leads to death and destruction in Parker’s own world. His empathy-driven decision isn’t an act of heroism, but becomes a case of poor, even idiotic, reasoning. The idiocy of Parker’s actions make it hard to root for him. We were even pushed to root for the villains at times, just so Parker would learn a lesson.

Additionally, the movie fails to evoke nearly any emotion. The two central relationships in the story, between Parker and Aunt May (Marisa Tomei), and Parker and Michelle Jones-Watson (Zendaya), are pushed to the back by lengthy fighting scenes and unnecessary self-pity. It’s true that in a superhero movie the relationships don’t need to be central, but the lack of development of these two makes it hard for viewers to immerse themselves in the plot. The failure of the movie to sculpt real, emotional bonds between the characters detaches viewers from the feelings and motivations of Peter. Aunt May’s death felt more like the loss of a minor character than an intense loss for the protagonist. The relationship between Watson and Parker is more emotionally gripping than the prior, but it still isn’t enough to root for their relationship. It isn’t just negative emotions where the movie fails, but positive ones, too. The story’s central conflict isn’t built up well enough to create a sense of relief and excitement when obstacles are overcome. When two Spider-Mans from parallel universes arrive to help Parker, it isn’t the joy-filled moment it should be, but one where, again, Parker needs other people to fix his mistakes. There is one saving grace: at the end of the movie when Parker isn’t recognized by Watson and it’s clear that their relationship is over, the emotion that was missing from the rest of the movie appears. While it helps, it’s too bad that it came in the story’s last five minutes.

And finally, the infringement of everyday, non-superhero comedy into the superhero world detracts from the seriousness of the movie. Not only is it poorly constructed comedic relief, but it functions as a distracting incongruity in the movie, making it difficult to become enveloped in the plot. Frankly, it’s off-putting to hear Dr. Strange complain about how his snow-filled, magical New York apartment lacks insurance. A man possessing the power to travel between dimensions does not deal with the tedium of regular-people problems like insurance. It’s somewhat understandable that the producers would try to build upon the youthful characters of Parker and his friends by inserting such comedy into the movie, but rather than emphasizing the contrast between Spider-man’s normal life and his life as a hero, it pries open a fissure between the two worlds that the characters are unable to smoothly travel between. The movie would have used its two and a half hours of playtime much more productively had it built upon the relationships between the characters more, and ditched such goofy attempts at comedy.

What immortalizes any form of art (movies, theater, literature, etc.), is its ability to teach us – or force us to think of – something about the human experience. This is achievable through many means: riveting emotional appeals, engrossing plot lines, complex characters, humor, and so on. “No Way Home” falls short of anything remotely close to this. It panders to Marvel superfans and owes the vast majority of the adoration it’s received to the hype and bias that accompanied people as they watched it. One should not have to have read every Spider-Man comic and see every Spider-Man movie to appreciate “No Way Home.” The overflow of positive reviews is baffling. The fawning worship of the movie from Marvel superfans and casual fans alike is mystifying. The movie was simply unenjoyable.

NOT: “Spiderman: No Way Home” wows audiences after fervent anticipation

Surrounded by a crowded theater of enthusiastic Marvel fans, “Spiderman: No Way Home” was poised to be a success — and it delivered on that (for the most part). While a few character traits did feel out of place, Tom Holland’s lively adaptation of the beloved “Friendly Neighborhood Spiderman,” the return of several renowned Marvel supervillains, and tear-jerking, heartwarming moments of character progression made for a captivating two-hour run time.

Subjectively, the best part of this movie was the character crossover between the three distinct Spider-Man universes. Seeing three Peter Parkers (Tobey Maguire, Andrew Garfield, and Tom Holland) together on-screen was a transformative experience and filled me with nostalgia for a time in the Spider-Man series that I wasn’t even around to see. Furthermore, this universe transcendence isn’t just a hastily-placed gimmick; the film takes its time to dive further into the progression of characters like Green Goblin and Otto Octavius, achieving a feeling of closure for the infamous supervillains after so many years.

From Garfield’s flawless projection of vulnerability and relief upon saving MJ Watson (Zendaya) from untimely death – an event that parallels the tragic events surrounding Gwen Stacy in “The Amazing Spider-Man” –  to Maguire’s inspiring youth-pastor persona to Holland’s effortless likability and stunning portrayals of emotional and inner turmoil, the execution of three distinct yet complementing Spider-Man personalities comes close to perfection. And while those unfamiliar with the preceding two decades of the Spider-Man cinematic universe may miss out on some tactfully-placed bits of humor or universe-crossing, you’ll still be treated to an enjoyable sitting of powerful emotional punches, high stakes, dynamic action scenes, and an incredible one-liner delivered by Aunt May (Marisa Tomei): “With great power comes great responsibility.”

The visual effects team did not fail to amaze either. In general, excess use of CGI has been tapered down and withered out, evading the effect-heavy murk-storm of previous Spider-Man movies. Combat scenes feel more practical, yet do not miss out on being gritty, sweaty, and bloody. Minute details, such as Holland’s use of his “Spidey Sense” and stringy webs while navigating his Aunt’s apartment create a welcoming sense of charm and comfort. And the cinematic masterpiece of Doctor Strange’s (Benedict Cumberbatch) world-bending spells makes for a trippy and eye-popping visual experience.

The main gripe I have with this film is its failure in the portrayal of Doctor Strange’s personality. His failed universe-bending, magical ring spell is the cause of all that goes wrong in the storyline. Had Strange acted in his usual calculated, meticulous fashion and not been so rash in initiating a spell aimed at getting Parker’s friends into MIT, all would have been well within the web shooter world. Instead, an action that is quite unbecoming of his character sets off a chain reaction of events that almost results in the shattering of the space-time continuum.

With the Strange flaw aside, “Spider-Man: No Way Home” does not disappoint: camera work is tidy and visually appealing, dialogue is snappy, and the inner turmoil Peter Parker experiences chugs along quite smoothly. Packed with real-life consequences, a dark tone, and unraveling against the infamous, twinkly backdrop of New York City, the film truly makes up for the disappointment that was “Spider-Man: Far from Home.” Dare I say it plays just about every trump card perfectly to rival the success of “Avengers: Endgame.” But, most importantly, we’ve now seen that one Spiderman meme come to life – and really, nothing can beat that.