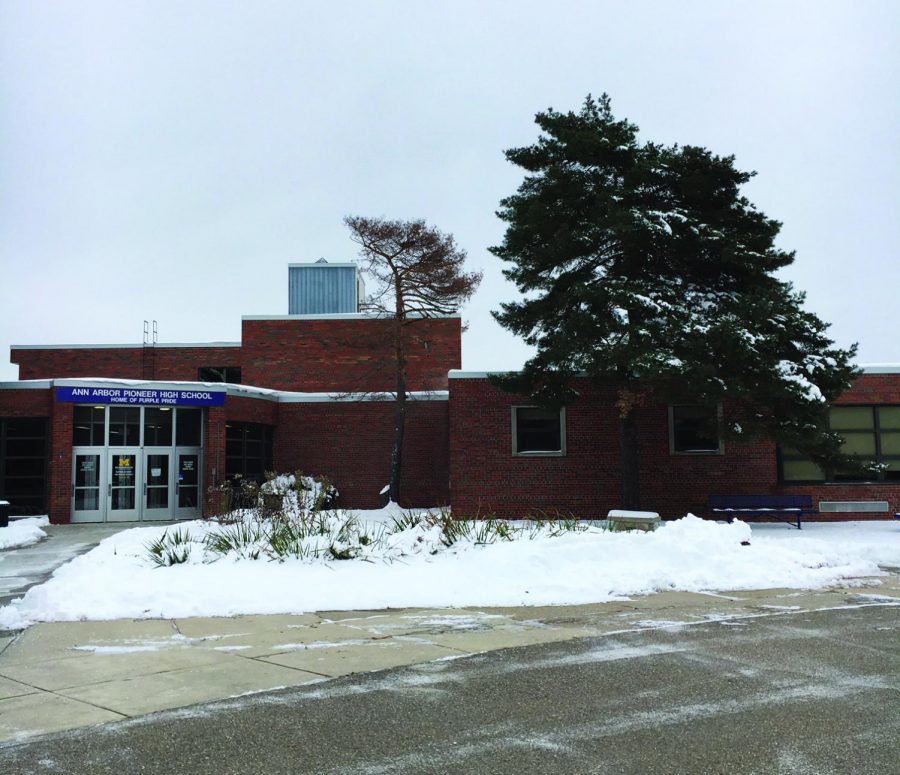 The first week of February brought the potential for something that Ann Arbor Public Schools students look forward to all year: a snow day. However, these once-exciting days now mean something else to AAPS students: the dreaded virtual learning.

While many other schools throughout the state, including ones in neighboring cities such as Saline, called school off entirely on Feb. 2, 3, and 4 after the area received nearly eight inches of snow, AAPS Superintendent Jeanice Swift opted to go a different route by making those days virtual school days.

“We are required to have 180 school days and a minimum of 1,098 hours of instruction,” said Pioneer librarian and former building union representative Nathaniel Powell. “The state ‘forgives’ six ‘Act of God’ days – snow days, emergency closure, etc. The District can be fined if they do not make up [off days after the six excused ones], which could severely impact the budget.”

For reasons such as COVID-related staff shortages and emergency closings, AAPS has already reached this six-day limit.

“Because all six forgiven days have been exhausted already, on-going discussions with district leadership are exploring different options,” said counselor and current building union representative Christopher Kasper. “These could include such things as either extending the school year into later June or shifting potential snow days to virtual instruction.”

“Another option is to extend the school day,” said Powell. “But this is the least popular option among teachers.”

The district, for the time being, has opted to go with the second option: virtual school days instead of snow days.

“[This] has popular support with staff, and perhaps also with some students and families for those days that the weather makes it a challenge to safely get to school,” said Kasper.

Many students, however, are lamenting the loss of the snow day tradition.

“I definitely miss having normal snow days,” said junior Amira Maddox. “But I was still happy to be at home and get a break from going to school. Being at home gave me more time to relax than if we were at school, and I still had time to go play in the snow.”

And fear not: there is still the potential for AAPS students to have a genuine snow day this year.

“[AAPS] would be able to ask the Michigan Department of Education if the school district could be granted an additional three more forgiven days,” said Kasper. “A few years back, our district used up the allotted six forgiven days and successfully asked to be given additional days. With the state of Michigan’s sometimes unpredictable winter weather patterns, coupled with this year’s staff shortages and COVID-outbreaks, many Michigan-based school districts are grappling with what to do once all six forgiven days get exhausted.”