Legalizing prostitution could benefit our communities 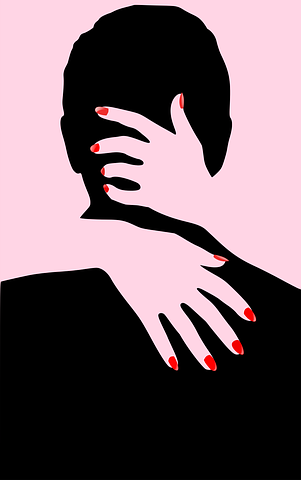 A study by Independent Institute, a public policy research and educational organization, estimated that the rape rate would decrease by roughly 25%, a decrease of approximately 25,000 rapes per year, if prostitution were to be made legal (Image is free use from pixabay.com).

Prostitution is a taboo subject so unspoken that most people wouldn’t blink an eye if they were told that the overwhelming majority of prostitutes have been victims of abuse. According to Prostitutes Education Network, an advocacy group of former sex workers, 70% of prostitutes have reported being raped at some point in time in their careers. Whether by clients, pimps, strangers, and even police officers, prostitutes are constantly at the mercy of others. In addition to the horrors of being violated in such a violent way, the real atrocity lies within prostitutes’ inability to even speak out for themselves, to even attempt to get some form of justice. Instead of seeing a rapist locked up, a prostitute would find themselves facing charges for prostituting, as well as facing fines and potential jail time. Not only does the illicit nature of prostitution endanger the lives and safety of sex workers, but it encourages sex trafficking and minor exploitation that ends up harming communities as a whole.

The stigma surrounding prostitution is just as prevalent as the act itself, with one of the biggest counterarguments against legalizing prostitution being that many sex workers are coerced against their will into entering the sex work world. According to the U.S. State Department and the United Nations’ International Labour Organization, this is true. While there is no official estimate of victims of sex trafficking in the U.S., globally, there are more than four million victims of illegal sex trafficking. The key to decreasing these numbers? Legalizing prostitution. Having legal brothels and prostitution organizations that are regulated and under supervision would give clients, also knowns as johns, a choice: either illegally solicit the services of a prostitute and face potential arrest, or be able to legally and safely pay for sex through government sanctioned programs. The logical choice is obvious. Fewer people would want to pay for prostitutes who weren’t part of regulated and registered brothels or organizations, because there would be a much greater chance that the sex worker was prostituting unwillingly. Legalizing prostitution would decrease the percentage of sex trafficking. Having the government demolish prostitution rings that aren’t registered or in par with regulations would help make prostitution safer for both clients and service providers.

Decriminalizing prostitution would also greatly increase the safety and wellbeing of individual sex workers. HG.org, an online law information site, reports that prostitution is one of the most dangerous jobs in America, with a death rate of 204 deaths for every 100,000 prostitutes. This surpasses even fishing, a profession widely recognized for its risky nature, which has a death rate of 126 deaths for every 100,000 fishermen. When prostitutes face violence in the form of assaults, rapes, and threats, they cannot turn to the law for aid without getting prosecuted themselves. Too often, johns, pimps, and even police officers take advantage of this fact, making prostitutes more prone to continued violence and misconduct. A study done by the Alliance for a Safe & Diverse DC found that almost one in five sex workers have been at one point been solicited by a police officer, sometimes in exchange for avoiding charges. Legalizing prostitution would help correct such abuses of power and ensure accountability of abuse. Brothels could identify and keep track of clients so  information could be reported efficiently in cases of abuse. Additionally, prostitutes wouldn’t be forced to meet in dangerous areas to avoid drawing attention to themselves, as designated brothels would serve as a safe work environment, and prostitutes would be able to access healthcare services and screenings without legal barriers .

Furthermore, the legalization of sex work would not only protect millions of prostitutes around the world, it would also help make communities safer. Because prostitution has been driven so underground, it’s no surprise that other crimes frequently surround and fester from it. Decriminalizing prostitution would decrease both sex trafficking and minor exploitation. Moreover, legalizing prostitution would help diminish the occurrence of rapes. A study by Independent Institute, a public policy research and educational organization, estimated that the rape rate would decrease by roughly 25%, a decrease of approximately 25,000 rapes per year, if prostitution were to be made legal. This is reflected in the crime statistics of the Nevada counties of Lyon, Douglas, Carson City, and Elko, the first two of which have prohibited brothels and prostitution. In 2016, the FBI found that in Carson City, where prostitution is legal, there were three cases of reported rapes in comparison to neighboring Lyon County’s 15 reported cases. Similarly, in Elko County, which houses various downtown brothels, there were no reported rapes, a figure that drastically contrasts Douglas County’s 11 reported rapes. Seen through the data and supporting cases regarding sex work and sexual assault, legalizing prostitution would have a positive effect on lowering violent crime rates in society, thus making communities safer as a whole.

It’s a fool’s dream to imagine a world where prostitution doesn’t exist. Societies have attempted to eradicate it for centuries through various laws, bans, and punishments, all of which have failed. Sex work is, and always will be, a part of human society. Legalizing prostitution would protect vulnerable members of our communities, help decrease sex trafficking, and reduce violent crime such as rape and sexual assault. But for any progress to be made, the very first step needed to be taken involves destigmatizing prostitution. Prostitution needs to cease being the punchline of jokes and rather become a topic of education and advocacy. Starting with destigmatization and legalization, it is time to acknowledge the reality that prostitutes don’t need rescuing; they need rights.