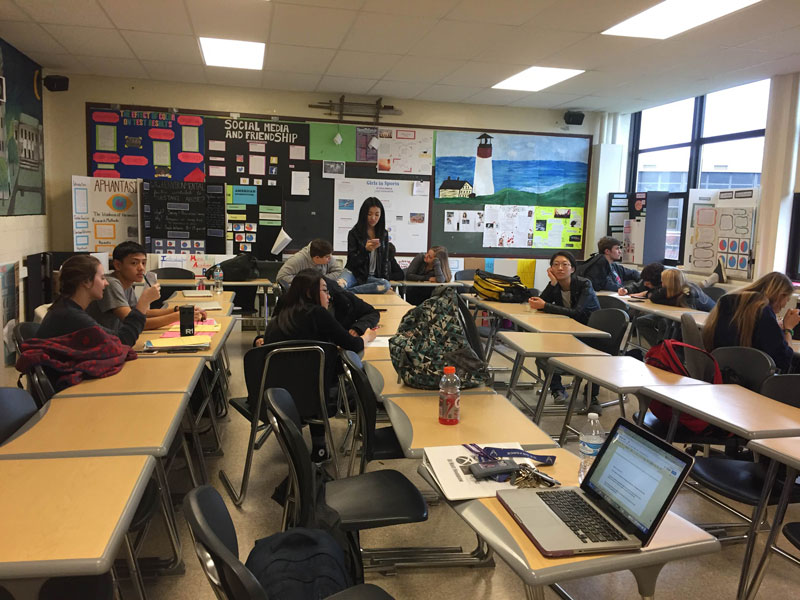 As American public schools talk more about the competition in higher education, the notability of Advanced Placement (AP) classes on transcripts is becoming more advantageous for students — but at $130 per test, some Pioneer students say the process is just becoming too expensive.

AP offers students college credits for subjects that they want to complete before stepping onto a university campus. They give a first glimpse into the rigorous pace that a college education brings.

The College Board, which administers AP tests, reports that the number of students participating in AP programs in Michigan increased from 3,000 in 1978 to about 59,000 in 2015. The number of high schools offering AP classes also drastically grew, from 174 in 1978 to 649 in 2015. Major colleges in Michigan, such as Michigan State and the University of Michigan, list AP courses as a recommendation for a more notable high school transcripts. To say that AP courses are important to college admissions is an understatement.

But cost is becoming an issue for many students. According to College Board, the average cost to register for an AP test in the U.S. is $93. The average international exam cost is $123. At Pioneer, the AP test cost is $130 per test, which has gradually increased throughout the years.

Erica McDonald, a Pioneer junior who is currently taking AP Psychology, says she and her peers are changing how they view the tests based on the increasing costs. “I think [the cost] is crazy,” said McDonald. “A lot of my friends have been like, ‘I’m only going to take the test that I know that I’m going to do well on because I can’t [afford to] take three of them.’”

For years low-income students have seen their AP test fees reduced to as low as $15 through the federally subsidized AP Test Fee Program, but the Every Student Succeeds Act (ESSA), which was passed in 2015 by Congress to replace the No Child Left Behind federal education program, made changes to that program that put it at risk by leaving it to states to determine their own level of funding. Further cuts and changes to ESSA by the Trump Education Department means that states have to prioritize funding of test fees for low-income students. Betsy Devos, the U.S. Secretary of Education, has released statements saying that her department is currently reviewing the act and determining what parts will be dropped as federal requirements.

College Board gives a $31 fee reduction towards the cost of a test for students who are below the poverty line, homeless or migrants, or are living in a home which receives Food Stamps or government assistance.

McDonald, who also took AP U.S. History during her sophomore year, says she recalls that vouchers for lower-income students were more common last year. “I know that last year there were people who had to use vouchers,” McDonald said. “I haven’t heard anything about vouchers this year.”

Although the $130 cost of AP tests at Pioneer seems too high, it helps to cover a very expensive process. “Humans grade the [AP tests]. They fly the graders down for a week or so of grading, all together, throughout the country,” Bullinger said. “The way that the written work is graded is very good. Two people grade an essay and their score has to be within one point of each other and if it’s not, it goes to arbitration, where you have another person grade it who has been grading AP tests for about 10 years. Part of [the $130 fee] goes to making sure that we can fly people down to pay for the exam.”